The whole time we were at Disneyworld, I kept calling Hollywood Studios "MGM." I wasn't sure why, except that maybe I associated Hollywood with the big movie studios? The charges would roll their eyes and correct me everytime. "Moooooooom!" Kids always drag out the vowels when they are exasperated, don't they? I stubbornly insisted on calling it MGM. (Read: Once I get the wrong idea in my mind, it's stuck there for eternity. So let it be written, so let it be done.) The Quiet Man suprised me with a copy of the Disneyworld cookbook last week. It's full of recipes from all around the park-including MGM! Read that again: M.G.M, baby! Not Hollywood Studios, my adolescent aborrigines, but MGM! At least there is a method to my madness. Apparently it is out of vogue to call it MGM now, but once upon a time, whenever this cookbook was published, the place was called MGM. Disney might be able to change names, but I'm keeping to the original. That's my story and I'm sticking to it. So...while we were at MGM (not Hollywood)...we rode the Tower of Terror (scream for me) and the Great Movie Ride 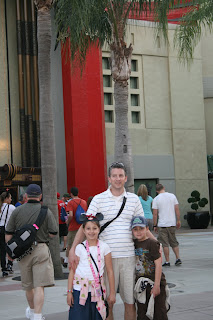 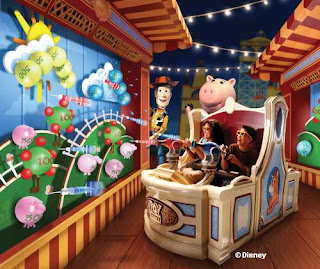 West built his own lightsaber to become an official Jedi Knight of the highest order. 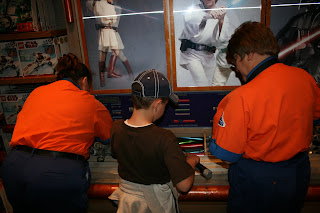 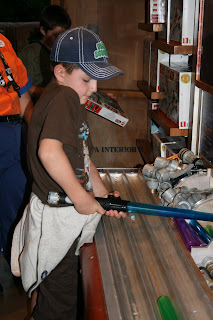 And we ate the famous Cobb Salad at the Brown Derby. 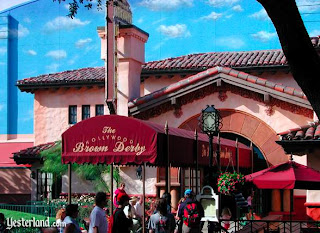 (William Holden wasn't there, in case any I love Lucy fans were wondering.) There's a reason this salad is so famous. It's superb. This is the original Cobb salad that has spawned so many variations and imitations. The original is the best. The dressing is fantastic and the recipe below makes a hefty batch. It's a little taste of MGM (that's right, MGM-ya wanna make something of it?) all the way from Hollywood Studios. 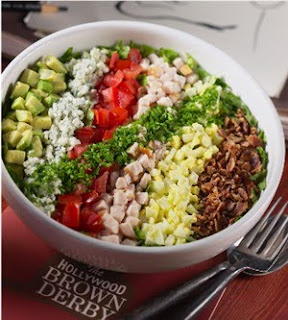 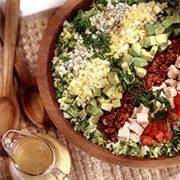 Next Up:
Disney's Carribean Resort with Black Bean Soup and Johnnycakes
Posted by Prudy at 6:58 AM

I used to work there when it was called MGM Studios. I brought my three little ones there last December and couldn't stop calling it MGM, either.

Cobb Salad is one of my favorites. This recipe looks amazing and your pictures and story are cute.

What a fun cookbook - yay quiet man! I still call it MGM. Still enrichment night too. ;)

Oh Prudy,
Your trip looks WONDERFUL! How lucky!
I have been reading along and cannot believe how many rollercoastery rides you rode. That surprised me. I thought we were two chickens together. That was nice of you to ride with your children.
I would have called Hollywood Studios MGM, too.
For some reason it reminded me of Lucy. Lucy at Grauman's Chinese theater. Did you try and steal John Wayne's footprints?
That was nice of The Quiet Man to get you the cookbook. Tangi's comment made me laugh, by the way. MGM and Enrichment Night. Pretty funny.

You remind me of your mom, stuck on calling it one thing while the charges insist that's not the real name:)

Really? Cobb salad is supposed to have French dressing? I thought it was blue cheese, although I'll admit I like it better with a buttermilk ranch or honey mustard. I guess I'll have to try it if you say it's good.

What a beautiful presentation!

Michal-I like all of those dressings, but this one is nice since the tart flavors help balance the richness of the bacon, egg, cheese and avocado. Let me know what you think...