Warning: This pie only looks good. Do not attempt to make. 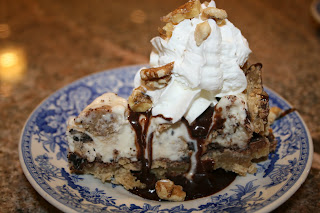 I had a really great idea for an ice cream pie. Or so I thought. A cookie crust, brushed with chocolate, and filled with cookie dough ice cream, and topped with toasted walnuts, whipped cream and chocolate sauce. I scoured the Internet for a good homemade crust recipe for ice cream pies that didn't call for Oreo or graham crumbs. I found only one. That should have been my tip off that it doesn't really work. I baked the crust, 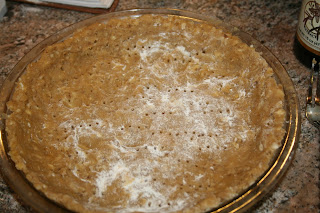 then smeared the inside with melted chocolate. 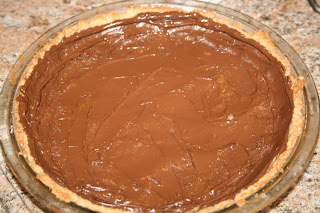 Everything was going beautifully, until it was time to cut the pie. I dug in with my knife, and my wrist crumpled over. Cutting this pie is more dangerous than rollerskating, I think. That's how my sister Michelle broke her wrist. My pie was just as perilous. I chiseled, I excavated, I scraped and begged, but that crust was frozen solid. Ouch. I know it looks yummy, but it'll break your teeth, sistah. 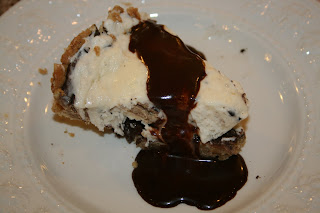 The only way to get it out was to wait for everything to melt. But what, my friends, is the good of an ice cream pie if you have to wait for the ice cream to melt? It was a bad idea. So don't follow my example. If you want a crust on your ice cream pie, stick with the cookie crumbs. Ice cream pies are only good if they're crumby. It's one of life's pardoxes that can save your wrist and your pearly whites. Here are a few of my better ice cream ideas, all of which would be perfect for a Memorial Day dessert.
Vanilla Bean Ice Cream 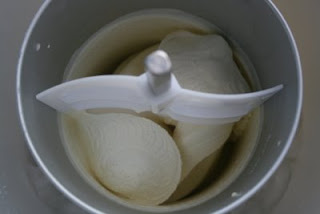 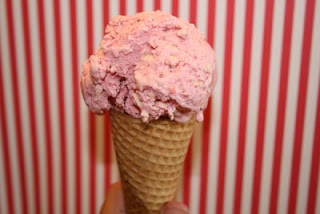 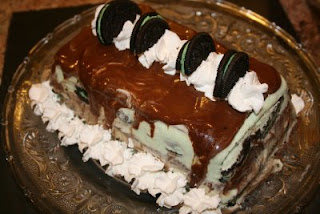 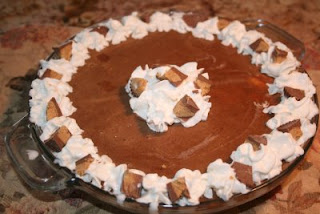 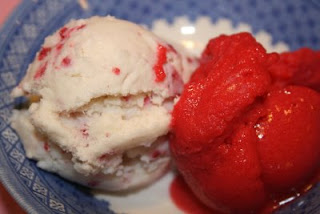 Next Up:
Sweet and Tangy Cherry Barbecue Ribs
Posted by Prudy at 2:30 PM

Ha! Ha! Live and learn! At least your pie looked beautiful! I have never met a flavor of ice cream I didn't like!

I remember reading here once that you can't do an ice cream cake with brownies because they freeze solid. What is it about the brownie and cookie concoction that doesn't work in the freezer?

I was thinking, maybe you could bake the pie crust, smear it with chocolate, then in a separate pie dish line it with plastic wrap or parchment paper and put your ice cream in THAT, then when it's frozen, pop it out and into your cookie crust. That's how my grandma does apple pies sometimes.

Oh bummer! You're right though, it really does look good!

Adrienne:
I saw a recipe recently for a very very very thin brownie ice cream treat. I wanted to try it, but I think after my bad luck today, I'll try your idea instead. Now that sounds brilliant!

Well, you're keeping it real to mention your "learning moments" too. I wonder if "Magic Shell" would work for the chocolate layer over a graham cracker crust. It might give you the "glue" you are looking for. Without the broken wrist, of course.

That really does look divine. My family has quite a tradition of making ice cream cakes, and here are a few things we've found. We make them in a spingform pan so we can easily remove the sides for a nice presentation and easy cutting. If you have a watermelon knfe (long, thin, flat, slightly pliable and sharp), it works like a dream for cutting (it even worked with a cookie dough crust at the bottom that seemed quite thick and solid). We have used brownies as layers in ice cream cakes with great success -- they haven't frozen solid more like the consistency of the chocolate part of an ice-cream sandwich). If anyone can perfect a recipe, it's you! (Gee, could I use a few more parentheses?)

Sam and Carmin-
Great tip for the Magic Shell. Hmm...I think you're on to something.

Susan,
All right, I'll have to give the brownies a try again. I used my regular brownie recipe a couple of years ago and it froze like a brick. You're giving me the inspiration to fool around. I need to start stashing brownies in the freezer whenever I try a new batch and then just see what happens. I wonder if you make brownies that are more cake-like and less fudgy if they freeze a little better. The wheels are turning now....

Okay, now we know why most of them are graham cracker crusts!

I have made the same mistake before. Unfortunately, I was using one of those cheap pie plates. I pushed so hard with the knife that I poked through the pie tin and left a tiny little dent in my counter. At least I learned my lesson. ;)

In terms of using brownies in ice cream creations, I freeze a crust (as noted, graham cracker or chocolate works well), then add a layer of slightly softened ice cream, let it freeze, add a pan of brownies that I basically smush tightly over the ice cream, let it freeze, then end with ice cream and any whipping cream, cookie crumbles, candy, etc. on top. For what it's worth, Martha Stewart has a great and simple recipe for ice cream sandwiches that uses a thin brownie (made in a jelly roll pan) as the chocolate outside, with strawberry ice cream as the filling. You, of course, freeze the entire sandwich after assembling, and it is delicious, pretty and simple.