I don't think anyone will ever want to ask me anything again, for fear I've become THAT lady, the one who can't keep her big mouth shut. But still, Julie asked, so read on if you like an intimate insider's view of a blabbermouth. And if this isn't enough yammering, keep reading below where I answered the first question of the day. Be back later with the last....
Julie asked: What was the first cooking contest you ever entered? What was the first one that you won/placed in? Which one was your favorite to compete in? What will you do with the money if you win the French's one? What is your motivation for entering the contests? Do you want to go be in the Pillsbury one together if I ever get brave enough? I already saw you in it once. I don't even care about winning, I just want to go. 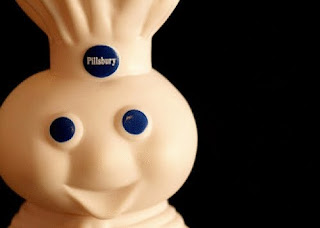 What was the first cooking contest you ever entered?
The first cooking contest I ever entered was the Pillsbury Bake-Off. I’d been encouraged by several kind people who knew of my love for creating recipes to enter cooking contests. The trouble is, no one ever knew when or where one was. The only one that I had ever heard of was the PBO. It seemed like every time I heard about it, it was over, and all the information I got was the winning recipe. In the back of my head somewhere, I had every intention of entering if I could ever figure out when to do it. In 2004, finally I caught a flier at the supermarket, calling for entries. I bought a few Pillsbury products, whipped a few recipes up and sent them off. When I got the call that I’d been invited to the Bake Off, I really didn’t realize that it was a “big” deal. It felt more like sending away for the prize on the back of the cereal box; I sent in my forms and now here was the pay-off. I didn't know that there are many people who work year after year, creating hundreds of recipes for a shot at the million dollar prize, and never even get invited. I’ve since then become sensible and grateful for the honor extended to me. If I hadn't been called that first time, I probably wouldn't have entered anything again, except for a random chili cook-off here and there. So I went to the PBO, had a great time, and didn’t win one red cent. But I was hooked. I remember when I was traveling home having a distinct feeling that it wasn’t the end, but rather the beginning. My interest in contests has ebbed and flowed over the last five years, but all it takes is one little win to get the creative juices flowing all over again. I’m no cut-throat and I really don’t play to win big, although it’s always nice when you do.
What was the first one that you won/placed in?
Right after Pillsbury, I won a very small prize in the National Chicken Cook Off, and I was delighted. Since then I’ve won a few, lost many more, but always had a good time.
Which one was your favorite to compete in?
I can’t really say that I’ve had a favorite cook-off, since they all have their charms. My favorites are the ones that I bring a sister, parent, or husband to. It's always more fun with family there. I am looking forward to going to French’s (maybe with Michelle, or Mary Kate? and my mom and dad?) in New York City, thanks again to my loyal readers.
What will you do with the money if you win the French's one?
If I did win the money, I’d love to take my family to Europe to see the Passion Play in Oberammergau this summer. My squirrely charges are a bit young to appreciate it, but it only happens every ten years, so I’d take my chances. Just getting to the cook off in NYC is prize enough, so I'll count my blessings.
What is your motivation for entering the contests?
As for my motivation for entering contests, hmmm, it’s not exactly clear cut. On the one hand, there’s the thrill of a possible prize, a trip, a surprise phone call or letter in the mail, a cook-off and a chance to meet other future cooking friends. But there’s also the satisfaction of creating a delicious recipe with a sponsor product. I love the whole process, right down to the naming of the recipe. I’ve been know to wake up in the middle of the night and scribble down ideas for a recipe or a title. Best of all, it's fantastic to have someone else out there, someone who may not even know who you are, make your recipe and enjoy it.
Do you want to go be in the Pillsbury one together if I ever get brave enough?
Wouldn’t I just love to join you at the PBO, except for one little thing. They have a three times and you can’t come back rule-not just you, but also anyone in your immediate family. The rules are a little vague, but I have a feeling that Sailor will want to give it a shot someday and I don’t want to jeopardize her future chances. I’ve been twice, so maybe that ship has sailed. But YOU must try to go! It’s a high class operation, a ton of fun and wildly exciting. Can’t wait to get back to you about your other question. You picked the right week to ask me about getting nervous!
Posted by Prudy at 2:32 PM

I loved reading about your bake offs. I love how Sailor cut up your first PBO qualifying recipe. French's sounds like fun in NY. "Could you bring me back one of those Statue of Liberty paper weights?" Can you guess the movie?
In all fairness in the movie it's an "Eiffel Tower paperweight"

Alright, if you think you are a blabbermouth don't read my post from today. At least you had several questions. I only had one and somehow yammered on for about 3 months. I loved hearing about your contest experience. I don't cook like you cook, but I do have fun with it and occasionally I get a creative idea. The PBO always seemed like a good one to try since it is strictly for home cooks. I understand the 3 times rule but I don't really understand why it applies to your whole family. You are all separate individuals. Silly for Sailor to be excluded because someone from a previous generation competed. Anyhow, maybe someday I will take a crack at it. It sounds like such a fun hobby to have. I am excited to hear about how the French's one goes...hopefully off to Europe for you and your gang.

What a fab response! Thanks for sharing! And I vote for Oberammergau, even without the Passion Play it is such a great city to visit, right in my favorite part of Germany!

ps. seriously if you have an extra ticket I will take the train and be one of your cheerleaders!

It's so fun to see you in the bake-offs and on TV and such. It gives us all a thrill. You know, Reeve is always telling people about his famous Cooking Aunt that is better than Rachael Ray. (it's true!)
Thanks for sharing your story. It has been fun for the whole family to be a small part of your adventures.
Good Luck at French's. I think this one will be yours.